Saffron is an exotic gold spice often considered spice royalty. This is reflected by the extensive labour involved in harvesting, as 75,000 flowers may only produce one single pound of the spice. As one of the most expensive spices available, it does much more than add colour and flavour to traditional dishes, with many health benefits attached to it. Derived from the dried stigma of the purple saffron flower, it is native to the Middle East and has been used by many cultures for over 3000 years.

The health benefits are so significant that modern medical science has begun to pay to recognise the power of saffron’s bioactive compounds; crocin, crocetin, picrocrocin and safranal. These compounds are currently being used to treat gastric disorders, lower depression, reduce insulin resistance and support heart health. 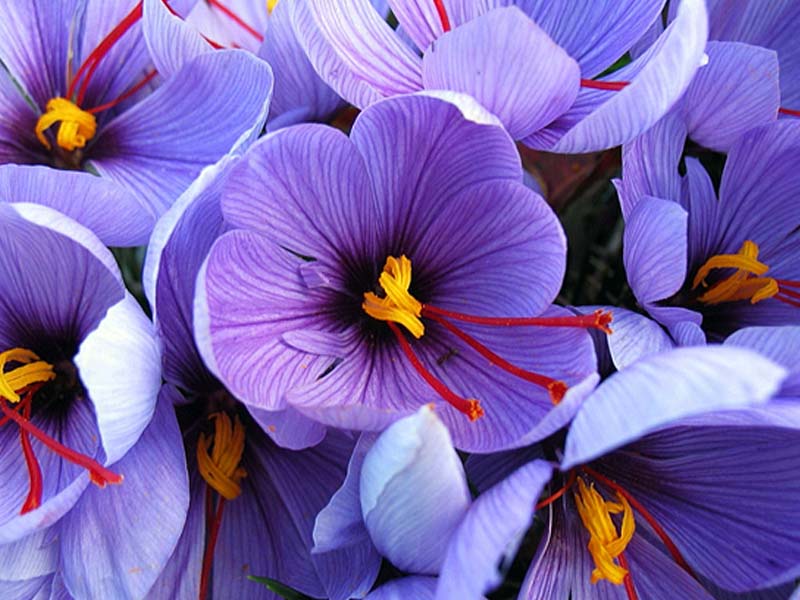 Depression is a common problem that impacts millions around the world. While there are countless pills and medications to treat it, saffron has emerged as an effective and natural alternative. One study determined that the power of saffron is comparable to the antidepressant imipramine for treating mild to moderate depression. Saffron works its magic by compounds crocin and safranal, both of which modulate the neurotransmitters dopamine, serotonin and norepinephrine, which are the brain chemicals that influence mood.

There is a recognised problem with the over-prescription of antidepressants. This issue has been identified as a major public health issue and measures have been taken to increase the recognition of depression and its treatment of antidepressants. The use of antidepressants has increased by over 400% between 1988 and 2008 with around 10.4% of Americans taking antidepressants for more than 24 months. Saffron is a natural alternative to medical capsules, which can, in turn, provide a much wider range of health benefits through added vitamins and minerals.

Saffron has also been used in many previous years as a traditional medicine to treat menstrual disorders, which were confirmed by a recent double-blind randomized and placebo-controlled trial. It revealed that saffron is effective in relieving symptoms of premenstrual syndrome, or PMS, which include: irritability, anxiety, mood swings, depression, abdominal bloating, headache and food cravings. The study used 30mg per day of an Iranian saffron extract. 47 women participated in the study.

When used as a weight loss aid, saffron supplements are reported to suppress appetite and reduce sugar cravings. Some suggest that saffron increases brain levels of serotonin and in turn helps to suppress compulsive overeating and the associated weight gain.

Choosing a supplement for its beneficial effects is often difficult, as there are a vast number of alternatives on the market that vary where they source from, how they process the spice, the testing procedures used, and the clinical research conducted to evaluate its effectiveness.

At Supplement Factory, we believe that saffron is set to overtake traditional mood support solutions within the current market. The use of a vegan and vegetarian-friendly food supplements to support the reduction of stress-inducing issues such as depression, PMT and weight gain is an outstanding product to include within your current range, adding luxury and balance.

Branded extracts can be included within your final supplement. Using a branded ingredient gives you the added benefit of clinical studies, as well as the credibility of an established ingredient being visible on the packaging.