Caffeine acts as a stimulant on the central nervous system, heart and muscles. It is found naturally in plants, such as coffee beans and tea leaves as a methylxanthine alkaloid. Most adults have felt caffeine’s positive effects during early mornings as a wake-up remedy, to improve focus or to boost energy. 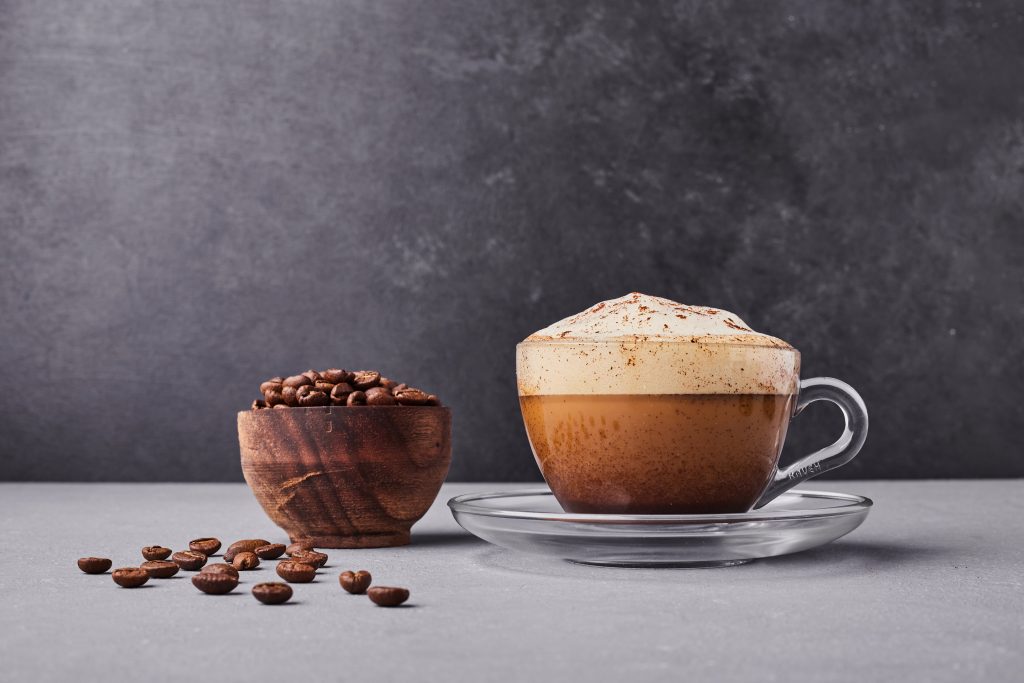 One of the most well-known benefits of caffeine intake is a decreased pain threshold and an improved rate of perceived exertion. By reducing sensitivity to pain, a person can exercise harder and for a longer time than if they were to workout without the supplement. Perceived exertion is much more than just the subjective measure of exercise intensity, it is also a feedback mechanism between the brain and the body. Different environmental and body factors such as temperature and muscle pain can reduce overall performance, when caffeine reduces the perceived rate of exertion, muscles work harder and increase overall performance.

As pain perception is often associated with happiness levels, the decrease in pain sensitivity is likely correlated with improvements in mood, during and after exercise. It stimulates the release of dopamine, which in turn produces pleasant feelings that are often associated with the first cup of coffee in the morning.

Caffeine enhances the flow of blood within the brain, enhancing motivation. In a study published by the Archives of Internal Medicine, Harvard researchers discovered that drinking two caffeinated cups of coffee lowered depression rates in women. Women that drank two to three cups of caffeinated coffee per day were up to 15% less likely to develop depression.

Studies show that one dosage of these supplements can boost brain productivity, concentration and focus for up to 45 minutes, although some feel the benefits for up to 6 hours.

For athletes, caffeine can improve accuracy and effort levels, including a willingness to go for their best attempts.

Caffeine acts as an appetite suppressant according to the National Institute of Health. Caffeine supports thermogenesis, which is a way in which your body generates heat and energy from digesting food. Another reason it has been linked to weight loss is that it is a natural diuretic, increasing the amount of urine your body excretes in a day, which can lead to weight loss through loss of excess water.

Studies show that it can increase the resting metabolic rate by 3-11% which makes it easier to lose weight and burn fat more effectively.