Are We Becoming Obsessed With Protein?

Do you feel you are getting enough protein? The question proves to be its own answer. If you worry about protein intake you are almost certainly eating enough. This is the new paradox of what is being described as a protein obsession – for many, people assume protein means healthy and good.

A good way to look at this concept is that Pinterest now has “protein” listed as an option for one of your interests in life, along with “cute animals” “home baking” and “interior 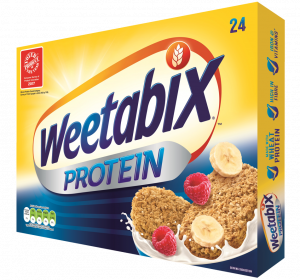 design”. In 2017, there were 64m searches for protein alone, without any of the added descriptive flavours, dietary needs or food options.

If you look around a supermarket today, you will see not only a dedicated aisle to sports nutrition, convenient to pick up with your weekly shop but numerous foods labelled “high protein” or protein versions of already existing products such as cereals and porridge, yoghurts and even waters. In 2013, the wall street journal released a headline stating, “when the box says ‘protein’, shoppers say ‘I’ll take it’”. Food companies have caught on to the high trend of foods fortified with protein, profitably adding to anything they can.

In addition to these “added protein” foods in supermarkets, sports nutrition sites such as MyProtein are selling protein bagels, protein noodles, protein cookies, bars, balls, coffee. Foods that are already rich in protein such as cheese and yoghurt are being sold in protein boosted versions.

Around half of UK consumers are seeking ways to add additional protein to their diets, according to research conducted by Weetabix. They themselves added a new “protein-rich” version of the classic cereal to supermarket shelves and costs around 50p more than the original – but it is already worth over £7m in sales per year.

What makes protein so valuable?

Alongside fats and carbohydrates, protein is one of the three basic macro-nutrients and arguably is the most important. We, as humans, can survive without carbohydrates, but fat and protein are essential. Protein is the only macro-nutrient that contains nitrogen, which we cannot produce naturally. As well as this, there are 9 amino acid proteins that we require to survive, and we can only get these through foods. Without them, we wouldn’t be able to properly grow hair, nails, bones or muscle, and our immune system would constantly let us down.

Why are people wanting more?

So people are not actively craving more protein, but people’s perception of the other two essential nutrients have changed. People are turning against carbohydrates, assuming they have a negative impact on diets. In new dieting trends, protein has emerged to be the last macro-nutrient standing. If you look at the main dieting trends within the last year, consumers have been told to cut fat from their diets, which increased the selection of “low fat” snacks and junk food, which people assumed were suitable for their dieting needs. Now, consumers are being told to drop carbohydrates, and food marketers jumped onto the high protein cart. It seems consumers are constantly being led on a quest to find foods that can be consumed as much as possible without gaining weight.

The intensity of the want for increase protein can only be truly understood as part of a wider series of diet battles that go back more than 50 years. For example, carbohydrates and fats are slowly becoming toxic words, changing the overall perception of a healthy balanced diet. 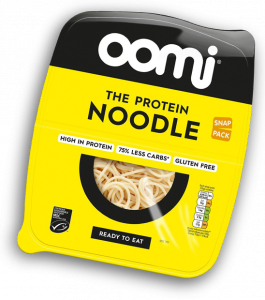 Official dietary guidelines in the USA and UK still state that a healthy diet is one founded of plenty of carbohydrates with limited quantities of saturated fat. The advice for low-fat goes back to the Seven Countries Study, conducted in the 1950s by the American physiologist Ancel Keys. But, as interpreted by the modern supermarket, a low-fat diet often ends up containing quite a high sugar content, or with high refined carbohydrates, which was not what Keys originally idealised. With many diseases such as diabetes type 2 and heart disease being associated with sugar and fat, it seems protein has come out on top. Whether this is to have faith in something they consider healthy, or whether they just need something to eat, after all, protein is fast becoming the key ingredient consumers look for.

How did it become this way?

The current protein desire is a small section of a much larger phenomenon that Michael Pollan referred to as a “nutritionism” around 10 years ago. For decades now, there has been a tendency to think about what we eat and drink in terms of nutrients, rather than real whole ingredients in all their complexity. With a mixture of fad diets and clever marketing has got us to this point. It doesn’t matter whether we focus on “low fat” or “low carbs” or “high protein”, we are making the same mistakes about nutrition in a new form.

How can we change this?

Within these all in one formulations, an offering of multiple benefits if often included. From protein to glutamine, BCAAs and vitamins and minerals – they offer a one-stop shop at a premium price to avoid the copious amounts of tubs, pouches and blister packs within a gym bag, all in one convenient serving.

Due to consumers being busier than ever with everyday lives, these types of systems are proving to be more popular in the sports nutrition world.